Living in an Indian apartment block has always been such a treat. Friends to play with and neighbours who are ever ready with food each time you pass their flats. Not only that, every family with a different set of cultures and backgrounds bring in such a diverse, multicultural environment.

To this very day, I clearly remember, our Bengali neighbour fondly narrating a story to my mother and I, about her Ivory trinket box. A box she inherited from her husband’s parents and spoke of, with pride. The lid of this box was carved with intricate details in a beautiful garden setting. Each tree came alive with the leaves and flowers, along the floor were carved animals and even small birds. The box as I remember had a smooth texture and a warm yellowish white tint that delicately spoke of its age. Ever since that day, Ivory has lured me towards its organic charm.

Jaipur, on the other hand, has been a treat. Not only for the abundance of gems available all through the city, from the busy bylanes stacked with gemstone dealers to the stores that cannot show you enough within the hour, but also the treasures this city has locked away in its beautiful forts. Amer, the city that was once a flourishing state, has over the years become a part of what is today called Jaipur.

Each step you take within the glorious fort overlooking the magnificent Aravali hills reminds you of all the movies that are set on the Mughal empire – Rich, Royal and Stunning. With individual rooms to watch the sunrise and the sunset, entrances so large to accommodate the Kings and Queens who, were chartered around on elephants, Jaipur’s royalty lived large indeed. The palace also had a Sheesh Mahal, built for her Majesty to watch the stars, as security reasons did not permit her to do so whenever she wished. Amer, also known as Amber had it all.


Walking through the fort awestruck by all the glamour and history, I chanced upon numerous gem encrusted doors, and knowing me I had to stop and stare.
Many of which had gemstones inlaid into the woodwork and the marble walls, much like the Taj Mahal, one of the wonders of the world built by the one and only Shah Jahan. There were some doors that over time showed a true mark of age, these doors had on them Ivory studded with silver ornaments, in a pattern that was simply superb. The Ivory tiles were designed to create the iconic star pattern seen throughout the Mughal and Marwad architecture.

Ivory one of the most precious gemstones on earth today is prized for its creamy colour and ease in carving. It is an organic gemstone that is made from calcium carbonate and comes from animal tusks and bone. Today, Ivory comes from a selection of mammals like Elephants, Warthogs, Hippopotamus, Wild Bores, Marine Mammals namely Sperm Whales, Walruses and Sea Lions to name a few.

Rajasthan as always has been noted to be a state with rich history and culture that walk hand in hand with a strong monarch. Each city led by a different King had his own fair share of wealth and fame fighting battles to become stronger and larger than the other.

Udaipur another touristic destination in Rajasthan is home to yet another City palace, located in but of course the heart of the city overlooking a glittering lake. This charming palace that is just as opulent as the one in Jaipur if not more, had its own characteristic charm.

Within the City Palace, I was amazed to see the well maintained and preserved rooms, each with its own style. I even saw a room filled with arms and armoury in a condition that seemed to be usable even to this day.

While in the breathtaking palace I came across some more doors laden with Ivory just like in the palace in Jaipur. These doors heavy as they looked, might have even had secret passageways hidden behind them. Unlike the other ones I have seen, these doors had flowers carved on them and were even coloured to give them their originality.

Studying about gemstones was when I realised how one truly identifies a natural piece of Ivory and not just some plastic replica. Here are some points I have put together just for you to help you Catch that Fake when you see it.

Today because of international trade regulations and protection of these loving animals, Ivory is barred from the gem trade. Elephants and the range of animals are being poached just for their tusks and bone which, in turn, has led to the repercussion of the animals becoming endangered.
During one of my travels to the bustling city of Hong Kong, with its winding roads and sky high buildings, I couldn’t help but notice all the antique stores. Each store was stocked with Ivory, Jade and even old pieces of art narrating various scenes from the holy scriptures. Not only that they also had in their possession Mammoth Ivory, a form I did not think I would have ever seen before that day. Preserved so well, even the Ivory from these prehistoric animals has a nice bright white colour.

Stop this illegal trade and the dual markets from selling these precious stones that are acquired harming innocent beings.
Support a cause and help an elephant in India or Thailand to enjoy their being in their natrual surroundings.

A Gemmologist in Burma 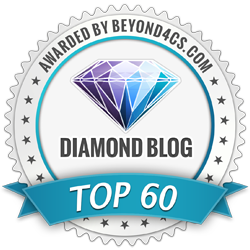